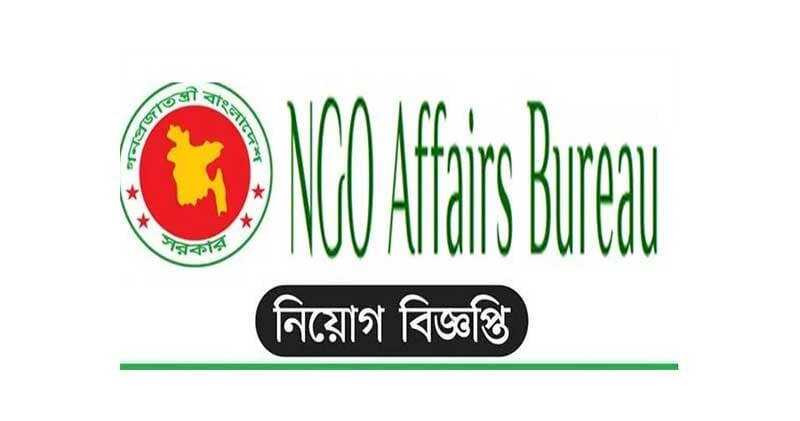 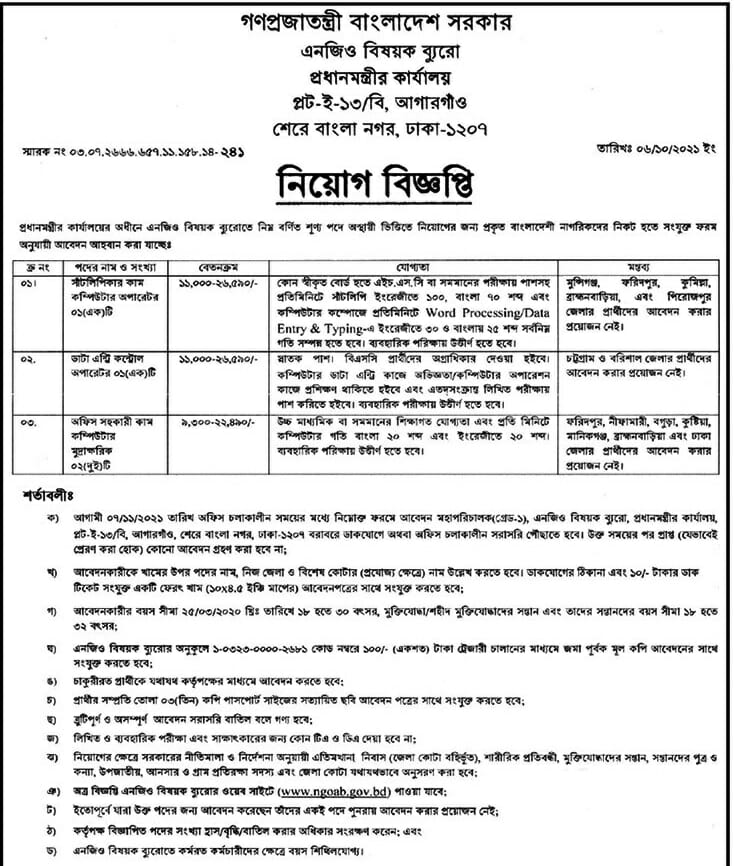 The NGO Affairs Bureau (NGOAB) was established in 1990 through an administrative order of the Government. Its prime objective is to provide one-stop service to the NGOs operating with foreign assistance and registered under the Foreign Donations (Voluntary Activities) Regulation Ordinance, 1978. In addition, it facilitates the activities of the NGOs in the country, and ensures their accountability to the state and thereby to the people of the country. Initially, it was located in the President Secretariat’s Public Division and later on, in the Cabinet Division. In 1991, with the re-introduction parliamentary form of government, the NGOAB was placed under the Prime Minister’s Office as a regulatory body of the NGOs with the status of a government department.

Bureau has no field office, therefore heavily rely on Deputy Commissioners and Upazila Nirbahi Officers (UNO) for monitoring the NGO project/ program activities at the field level. Deputy Commissioners (except 3 districts of Chittagong Hill Track) once in a month hold coordination meeting with NGOs working in the districts. In Chittagong hill track Districts Chairman, District council held coordination meeting where all Districts level officers and NGOs attend the meetings. Meeting minutes detailing the project and non-project activities of NGOs are sent to the bureau for review. Bureau approves the project proposals submitted by NGOs completing the form called FD-6; it includes project rationale, objectives, target group, year wise planned activities, and sources of foreign money and contact details of the donor.  Bureau communicate with the line ministries for views on the project proposal as project proposal should be well aligned with national priorities and international agreed goals like SDGs. It should also avoid duplication of interventions and target the marginalized and vulnerable people.

During emergency situation like flood or cyclone bureau approves project proposals called FD-7 in 24 hours mainly for distribution of relief materials. Local administration of affected area is kept informed while issuing approval of FD-7. Form FC-1 is used to receive one time foreign contribution. Mainly the faith based NGOs especially the Muslim charities channel one-off contribution for arranging iftar or Eid gift for the poor during Ramadan, or sacrificial animals in Eid ul Azha.

NGOs much certify in the project proposal that they receive foreign donation or contribution from legal sources. Sources could be foundation, trust, government, education institution, or even individuals. As part of enforcing Anti Money Laundering Act 2012 and Combating financing of terrorism bureau has the responsibility to make sure that money being channelized by NGOs is from legal sources.

Bureau always coordinates with NGOs, line ministries, different state agencies and development partners in discharging its duty as the regulatory authority. Here the spirit is to facilitate the NGO activities, not to regulate them only. Director General represent bureau in different committees where NGO issues are involved. 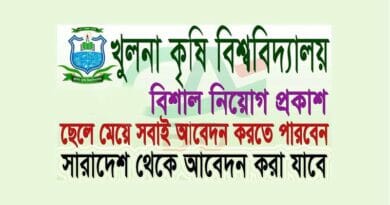